After TEFCA's many fits and starts, ONC head Micky Tripathi called its finalization a "milestone" marking the beginning of a "new era of electronic health information exchange in the U.S."

The Biden administration released a much-anticipated governance framework for nationwide health information exchange on Tuesday. Establishing rules of the road for clinical data exchange is the next step in Washington's continuing bid to promote interoperability as the pandemic continues to highlight the need for health information networks stretching across the country.

That framework, the Trusted Exchange Framework and the Common Agreement (TEFCA), is aimed at creating baseline legal and technical requirements to enable secure nationwide information sharing across disparate healthcare entities.

Entities soon will be able to apply to be designated as qualified health information networks (QHINs), or groupings of organizations that agree to the same data-sharing infrastructure, the Office of the National Coordinator said Tuesday with TEFCA's release. That will connect them to one another and enable their participants, including providers, payers and public health agencies, to exchange health information across the country.

ONC anticipates the initial QHINS to onboard to the network and begin data sharing this year.

With TEFCA's publication, the Biden administration can check off a requirement of the 21st Century Cures Act passed in 2016. The legislation called on ONC to develop a set of foundational principles for health information exchange, under a contract establishing a technical infrastructure model and governing approach.

TEFCA's goal is to create a simplified and standardized connectivity infrastructure for providers, plans, patients and public health agencies. The effort builds on the progress of national networks and state and regional health information exchanges that facilitate the secure exchange of millions of medical documents each day, ONC said.

Micky Tripathi, head of the ONC, said in a statement that operationalizing TEFCA in the Biden administration's first year was a "top priority." The documents have been in a holding pattern since the administration of former President Donald Trump released a first draft four years ago.

"Simplified nationwide connectivity for providers, health plans, individuals, and public health is finally within reach," Tripathi said, calling it in a separate blog post a "milestone" marking the beginning of a "new era of electronic health information exchange in the U.S."

TEFCA will make it possible to reduce the number of connections that companies and patients have to make to try and get the medical information they want for treatment or access purposes, while broadening its exchange purposes over time to include payment, operations, public health and government benefits determinations, ONC said.

The initiative has two major components. The first is the Trusted Exchange Framework, which describes a set of principles for data-sharing across health information networks.

The framework outlines nonbinding propositions in the areas of standardization, openness and transparency, cooperation, privacy and security, access, equity and public health, and includes policies like:

The second component is the Common Agreement, a legal contract that each QHIN voluntarily enters into with the recognized coordinating entity (RCE), a body charged with developing, updating and maintaining the common agreement and overseeing QHINs.

The Sequoia Project, a public-private partnership that advocates for nationwide health IT exchange, was selected to be the RCE in 2019, in exchange for about $1 million in federal funding each year.

The Common Agreement establishes the infrastructure model and governing approach to help users in different health information networks share clinical information with each other, under commonly agreed-to expectations. The Sequoia Project will sign the 64-page contract with each new QHIN, which will then execute TEFCA policies within their own networks.

ONC on Tuesday also published a technical framework for QHINS, standard operating procedures executing the Common Agreement and a roadmap outlining how the Fast Healthcare Interoperability Resources (FHIR) standard eventually will become a part of TEFCA-based exchange over time.

FHIR, a standardized way computers can send and receive messages from one another, allows for the exchange of individual data elements, rather than the entire patient medical record.

ONC noted a revised QHIN technical framework in 2023 will make network-facilitated FHIR-based exchange available as an option under TEFCA, while another planned for 2024 will make it mandatory.

Mandating FHIR likely will receive approval from the industry. In comments on the second draft of TEFCA, released in spring 2019, many stakeholders argued in favor of the government standardizing application programming interfaces (APIs). In its second TEFCA draft, ONC had removed its previous requirement that QHINs support FHIR APIs as an exchange modality, sparking concerns about unstandardized data exchange.

ONC estimates more than 80% of hospitals and two-thirds of clinicians already use EHRs that leverage FHIR.

Providers, payers and health IT vendors generally support the idea behind TEFCA. Stakeholders likely are still digesting the documents released Tuesday morning, but they have raised concerns in past drafts about administrative burden and cost, privacy versus patient access, TEFCA's interplay with the HIPAA privacy legislation and industry buy-in, given the voluntary nature of TEFCA participation.

Congress required that participation be voluntary, but that's raised concerns that stakeholders would have no reason to join the contract, the success of which depends largely on widespread adoption.

ONC was mum on if and how it planned to incentivize participation in the messaging around TEFCA's release.

Advisory board HITAC has floated various incentives to get industry on board, including requiring participation in the standards for participation in other federal programs like Medicare or Medicaid.

Still, it seems unlikely ONC would take such a step, with regulators leaning toward carrots over sticks.

Tripathi told Healthcare Dive last year that the Biden administration's stance is to empower the private sector to get to network-level governance, but not be prescriptive about how to do it.

Most healthcare providers use electronic health records, but data sharing between different entities is difficult. It's a huge pain point for medical workers, plan administrators and consumers alike. Stronger federal incentives encourage the free electronic exchange of data has slowly increased the interoperability of medical records in recent years, though significant gaps remain in that system.

Those gaps were thrown under a harsh spotlight during the pandemic. Public health authorities reported challenges getting the data they need to track new outbreaks and survey the virus' effect on specific communities due to spotty and unstandardized data collection and exchange, which stymied the frontline response to COVID-19.

If TEFCA is able to connect a set of nationwide, trusted health information networks, that could help in responding to future outbreaks, while streamlining administrative burden on providers. Currently, many health information exchanges only operate in local markets without a connection to other networks, while cross-network exchange still faces a slate of issues.

Almost half of U.S. hospitals participate in more than one such network, and have to deal with significantly higher administrative overhead and network fees as a result, according to ONC. That can contribute to physician burnout and be a stressor on finances. 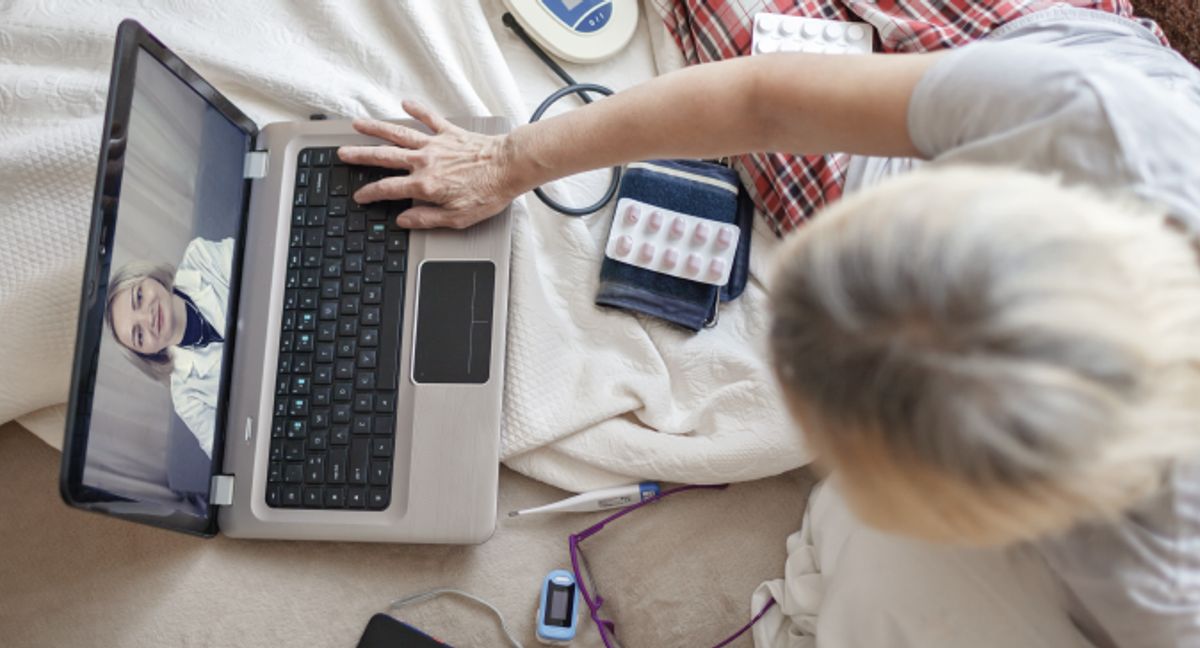