Many officials in the administration will be focused solely on the U.S. response to the COVID-19 pandemic, which Biden has named as his top priority.

This story is part of a series of articles looking at the health policy challenges the Biden administration will face.

As President-elect Joe Biden has filled out his healthcare team in recent weeks, many familiar faces have emerged. Several picks for top roles and advisers worked with him in President Barack Obama's administration. Others have long histories of government service.

A few key roles require confirmation by the Senate. But with Democrats now having control of the chamber, albeit just barely, those votes are expected to go Biden's way.

Many officials will be focused solely on the U.S. response to the COVID-19 pandemic, which Biden has named as his top priority. They will be tasked with the nationwide vaccine distribution and easing continuing supply chain disruptions for health equipment, all while infections and deaths remain at record-high levels.

Some important positions, namely head of the Food and Drug Administration and CMS administrator, have yet to be named.

Here's a snapshot of what we know about key health officials in the new administration. 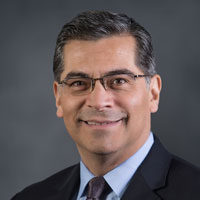 The former California congressman has championed the Affordable Care Act as the state's attorney general, a post he has held for about three years. While AG, he also challenged alleged anticompetitive practices by regional giant Sutter Health and denied a proposed hospital merger between Adventist Health and St. Joseph Health in November 2019.

Before that, he served for 24 years representing a Los Angeles district in the House. He led the House Democratic Caucus and pushed for ACA passage before moving on to a new role. He reportedly saw little opportunity for advancement as House Speaker Nancy Pelosi and others clung to their leadership posts.

Becerra's nomination has received some pushback as his background includes no clinical or public health experience. Others have noted, however, that his legal resume could prove useful as so many health policy issues end up before the courts and that outgoing HHS chief Alex Azar also lacked such credentials. 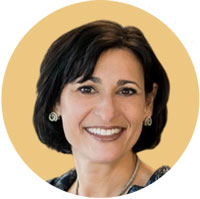 Rochelle Walensky
Director of the Centers for Disease Control and Prevention

Walensky is chief of infectious diseases at Massachusetts General Hospital, where she has worked since 2011. She is also a Harvard Medical School professor.

Walensky is a practicing infectious disease doctor and expert in HIV/AIDS. Other health appointments have included the Office of AIDS Research Advisory Council at the National Institutes of Health and the HHS Panel on Antiretroviral Guidelines for Adults and Adolescents. 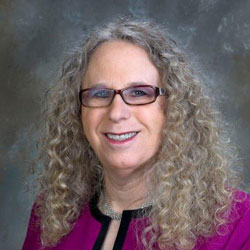 Levine, a pediatrician, is the Pennsylvania secretary of health and a professor at Penn State College of Medicine. She has been Pennsylvania's health chief since 2017, and before that was the state's physician general.

If confirmed, she would become the first openly transgender person to be approved by the Senate for a federal post. 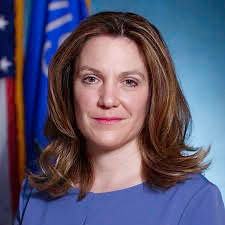 Palm is a veteran of the Obama administration, where she served as HHS acting assistant secretary for legislation as well as senior counselor and chief of staff to the secretary.

She has been the secretary-designee of the Wisconsin Department of Health Services since January 2019. The Republican-controlled state legislature has refused to put her nomination to a full vote.

She has also clashed with the legislature on COVID-19 restrictions as she has led the state's response to the pandemic. 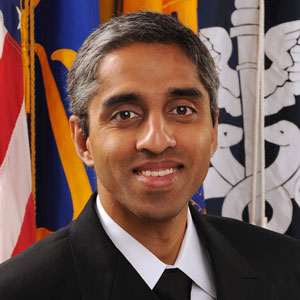 If confirmed, Murthy would be reprising the role he held in the Obama administration. During his tenure, he took criticism from gun rights advocates for his stance that gun violence is a public safety threat. That caused the National Rifle Association to speak out against him, but he won confirmation by a 51-43 vote. He also faced backlash from tobacco companies for a report on the harmful effects of e-cigarettes.

An internal medicine physician, Murthy founded Doctors for America in 2008. The group holds the stance that healthcare is a right and physicians should lead the way in curtailing health disparities.

Murthy has attained the rank of vice admiral in the Public Health Service Commissioned Corps. 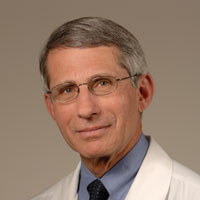 Fauci has become a household name as one of the most trusted doctors and health officials to speak frequently to the public about the COVID-19 pandemic.

Although he was somewhat sidelined by President Donald Trump, Biden has made trusting scientists and health experts a key part of his pandemic response plan. Fauci told NBC that he accepted immediately when Biden offered him the post of chief medical officer to the president on COVID-19.

Fauci is the director of the National Institute of Allergy and Infectious Diseases, a post he's held since 1984. He was a leading figure and researcher during the HIV/AIDS crisis in America and also conducted research on biodefense drugs after the 9/11 terrorist attacks. 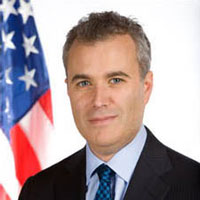 In 2009, Obama appointed Zients as deputy director for management in the Office of Management and Budget, where he also twice served as acting director. He later led the effort to overhaul the troubled launch of healthcare.gov.

Zients served as director of the National Economic Council from 2014 to 2017.

Prior to that, he held executive positions with the Advisory Board Company and founded private equity firm Portfolio Logic. He was a member of Facebook's board of directors from 2018 to 2020. 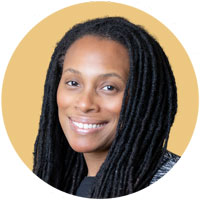 Nunez-Smith is an associate professor of medicine and epidemiology at Yale School of Medicine, where she founded the Equity Research and Innovation Center.

During the pandemic she has worked with communities in the U.S. Virgin Islands and Puerto Rico to combat the novel coronavirus and the effects of isolation. Previously, she established the Eastern Caribbean Health Outcomes Research Network. 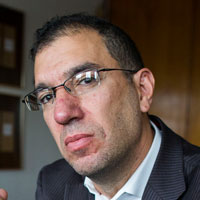 Slavitt served as CMS acting administrator for Obama, and was credited for helping turnaround healthcare.gov after a tumultuous rollout saw the crucial federal exchange website crash multiple times, to significant public backlash. He focused much of his effort on ACA rollout and implementation in general.

When Obama left office, Slavitt co-founded United States of Care, which has a mission "to ensure that everyone has access to quality, affordable health care regardless of health status, social need, or income." He resigned from the organization's board of directors last week to take on the new, short-term role.

Throughout the COVID-19 crisis, Slavitt has been prolific on Twitter, with frequent threads detailing the latest he's learned in talking to colleagues and other scientists about the novel coronavirus and the U.S. response. He has also hosted the podcast "In the Bubble with Andy Slavitt," interviewing key health officials about the pandemic. 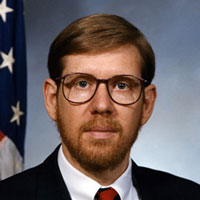 Kessler, a pediatrician, headed the FDA during the George H.W. Bush and Bill Clinton administrations and was known for enacting federal nutritional label guidelines as well as his ultimately failed attempt to regulate cigarettes.

After the FDA, he became dean of the Yale School of Medicine. He was fired in 2007 after publicly reporting financial irregularities prior to his arrival, but audits later found his statements to be accurate.

He has written several books, including "The End of Overeating," in 2009, which became a New York Times bestseller.