UPDATE: Monday, March 23: Everlywell has decided to donate its entire stock of tests to hospitals and health systems after receiving thousands of emails from hospitals, doctors, nurses and other providers since announcing the test last week, the company said.

"It has become increasingly apparent there is a desperate need for healthcare workers caring for sick patients on the front lines to have priority access to testing for COVID-19," spokesperson Madeline Krebs told Healthcare Dive. The company still plans to make the test available to consumers who fall within recommended guidelines for testing "soon."

"We want to alert the American public that, at this time, the FDA has not authorized any test that is available to purchase for testing yourself at home for COVID-19," the agency said in a statement. FDA said it expects to step in through actions like issuing warning letters, seizing products or injunctions to stop any bad actors using the crisis to market uncertified products. The agency already issued seven warning letters to companies promoting fraudulent COVID-19 cures earlier this month.

FDA does not comment on specific companies, but said it was actively working with test developers to make a certified at-home kit. Everlywell did not respond to a request for comment by time of publication.

At-home lab testing company Everlywell said it would start selling direct-to-consumer COVID-19 tests next week, in what's likely to be the first of many companies as the nation ramps up testing for the rapidly spreading disease.

The Austin, Texas-based company said it will peddle 30,000 collection kits for COVID-19 starting Monday, and plans to eventually have testing and diagnosis capacity for a quarter of a million people weekly as demand for the tests in the U.S. continues to outpace availability.

After a jumbled and slow start, the Trump administration has taken steps to increase testing in recent days, including speeding high-throughput testing through emergency use FDA clearance. FDA loosened regulatory barriers on Monday, allowing state public health labs to develop and run their own tests, and private medical labs can start selling their tests before they get the green light from federal regulators.

The eased restrictions don't apply to at home tests, an FDA spokesperson told Healthcare Dive. However, Everlywell says since its private lab partners are complying with the agency's Emergency Use Authorization for COVID-19 testing, it's allowed during the public health emergency. The company did not disclose its lab partners.

Estimates of total nationwide testing are hard to come by, but the COVID Tracking Project, run by data journalists and scientists, reports more than 110,000 tests have been conducted so far across all the U.S. That's still significantly behind other countries. The U.S. has tested about 125 people per each million, compared to South Korea's 5,200 per million.

The Everlywell test will only be sold to consumers who meet the Centers for Disease Control and Prevention's specifications for receiving a test. A physician needs to prescribe the test, so telemedicine doctors from national physician network PWNHealth will review patients' answers to a screening questionnaire to decide whether they qualify for testing.​

The company sells dozens of consumer tests for conditions ranging from food sensitivity to Lyme disease, and is just one of the first at-home testing players out of the gate on COVID-19.

Dublin-based at-home testing company LetsGetChecked told Healthcare Dive to expect an update with regards to its COVID-19 testing "very soon." Similarly, Nurx, which sells an at-home STI test, said it would launch telehealth consultations and home testing for people worried they have COVID-19 within the week in partnership with Molecular Testing Labs.

A spokesperson for genetics testing giant 23andMe told Healthcare Dive that, though its systems are only set up to support direct-to-consumer testing not ordered by a doctor, it was assessing how it could help on the research front and coordinate with its customers to aggregate and share information with the scientific community.

The private sector's involvement in building up testing capability comes amid a global shortage of the swabs and reagents needed in COVID-19 testing, affecting the medical system's ability to produce test kits. One of the largest manufacturers of the specialized swabs, Copan Diagnostics, is headquartered in northern Italy, which has been hamstrung by the disease.

Experts say it's imperative to prioritize who receives a test at home, the same as doctors would for patients at a drive-through testing site or in the hospital emergency room.

"The best thing to do is to give those tests to the people that have symptoms, not the people that are just saying, 'Oh gee, I wonder if I have it," David Gortler, a former FDA medical officer and pharmacology expert, told Healthcare Dive.

If the doctor decides a person qualifies for the Everlywell test, the patient can order the kit for $135 and receive it in two days. The kit comes with a swab to take samples from the back of the nose and throat, along with the ability to take spit and sputum samples as backup. The test will then be shipped overnight to one of ​one of several labs approved by the FDA to extract the virus behind COVID-19 from the sample and look for its unique genetic signatures.

Everlywell​ says the results will be sent to patients within two days. If a person receives a positive result, that will be communicated to all federal and state reporting agencies, and they have the option to have a free telehealth visit with a doctor to discuss next steps.​​ 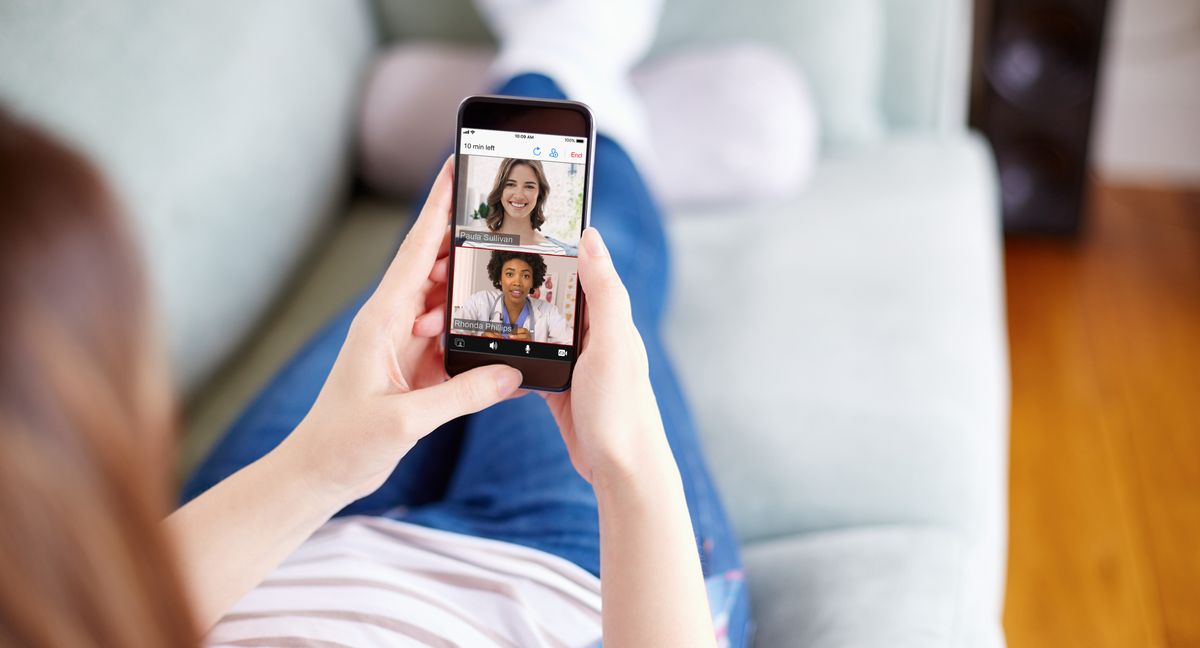 View all | Post a press release
Inc. Names TimelyMD ‘Best in Business’ for Mental Health Advocacy
From TimelyMD
Viz.ai™ Announces Positive New Data From Large Aortic Dissection AI Real-World Study at the 20…
From Viz.ai
YAI Partners With DailyPay to Provide its Employees With a Critical Financial Wellness Benefit…
From DailyPay
The Gustave Roussy Institute Integrates Synapse Platform
From Synapse Medicine
Editors' picks
Latest in Health IT
Industry Dive is an Informa business
© 2022 Industry Dive. All rights reserved. | View our other publications | Privacy policy | Terms of use | Take down policy.
Cookie Preferences / Do Not Sell