As pivotal ACA case heads to Supreme Court, potential outcomes are many

Legal analysts say it's not a choice between simply 2 results. "I think about it as a spectrum," Katie Keith, a lawyer and health policy expert at Georgetown University​, said.

With the presidential election still hanging in the balance, all eyes are on the U.S. Supreme Court and whether the justices will overturn the landmark Affordable Care Act. Still, legal experts say there are a number of possible outcomes for the final ruling and it's not a choice between simply two results.

"I think about it as a spectrum," Katie Keith, a lawyer and health policy expert at Georgetown University​, said.

The individual plaintiffs challenging the legality of the ACA argue that the individual mandate is unconstitutional and so intertwined and inextricably linked to the rest of the law that the entire piece of legislation must fall.

From a common sense point of view, the case may seem absurd: The plaintiffs are asking for relief from a law that requires they purchase individual coverage or face a penalty. Except there is no longer any financial penalty, Congress eliminated it in 2017.

"This whole line of argument is preposterous," Nicholas Bagley, a health law expert and professor at the University of Michigan said in a recent New York Times op-ed with former CMS Administrator Andy Slavitt.

That is the crux of this case. The challengers are directly targeting the linchpin that saved the law when it was last before the Supreme Court. The court in 2012 ruled that the individual mandate could be considered a tax, and therefore was constitutional. Take that penalty away, and the plaintiffs argue it is no longer constitutional.

The key question is whether the individual mandate can be "severed" from the remainder of President Barack Obama's monumental health law, which transformed the nation's healthcare system.

If the justices find that the mandate is severable, how exactly will they pluck that unlawful piece from the rest of the law and what will come with it?

"The court is going to draw the line," Keith said, and that's where it may get complicated.

The justices are set to hear oral arguments Tuesday in the highly anticipated case that has wound its way to the nation's highest court. A final decision that could determine the fate of the law is expected to be delivered next year and the stakes are high. Millions rely on the law for coverage and its basic consumer protections that have significantly reshaped the healthcare sector.

The key question in the case centers on the question of severability. Ultimately, what ACA proponents fear most is a decision in which the justices are deciding what pieces of the law may be severed and taking a bigger chunk out of the law than supporters deem necessary.

In the spectrum of possible outcomes, on one end, the justices could decide that the individual mandate is constitutional and they never have to answer the question of severability. On the opposite end of the spectrum, they could rule the mandate is unconstitutional and not severable, which would end the entire law, jeopardizing coverage for millions and potentially a slew of ancillary programs, some of which enjoy popular support.

Or, the justices find the individual mandate is unconstitutional and severable and that is where the cutting begins, and what elicits the most concern.

If it's severable the question is: What gets extracted from the law?

The fear among proponents is that instead of using a scalpel, the justices will use blunt instruments and take a whack at the core protections.

The individual mandate is included in Title I of the ACA, which has numerous titles and spans hundreds of pages. Some of the law's more well-known protections are codified in Title I, including protections for those with pre-existing conditions, coverage for preventive health services, and allowing dependents to stay on their parents' plan until age 26, just to name a few.

So, if the individual mandate is unconstitutional, does that throw all of Title I into jeopardy?

The individual mandate was a mechanism to spur healthy people to enroll in coverage instead of waiting until they're sick. It was thought to be important to drive healthy consumers to coverage, especially if insurers were going to be required to cover everyone regardless of pre-existing conditions or health status.

Although the Trump administration's Department of Justice has since changed its position, it originally argued the individual mandate is unconstitutional and severable — but the mandate was so essential to guaranteed-issue and community-rating provisions, they would have to be cut from the law as well. Those hallmark provisions guarantee insurance coverage to people regardless of their health status and prevents insurers from charging people more due to their status.

Some advocacy groups, worried about how the justices may rule on the severability question, submitted friend of the court briefs laying out their arguments on what should be kept intact.

In its 41-page brief, the National Health Law Program argues Medicaid expansion and other provisions bolstering the program should remain untouched if the justices start slicing and dicing the law. The brief also points out a handful of times that the Medicaid provisions are included in Title II of the law, a possible nod to the concern around the potential vulnerability of Title I.

"We think that there's numerous hurdles that the court would need to jump over — and would be surprised if they jumped all over all of them — to get to this question. But when something as important as the Affordable Care Act in its entirety, or in part, is in front of the Supreme Court, I think it's important to provide what we think is important information to the court as it's considering the issues," Jane Perkins, legal director of NHeLP, said.

Or, the justices could maintain the status quo by deciding the mandate is unconstitutional but fully severable.

After the passing of Justice Ruth Bader Ginsburg this summer, backers of the law feared the case was in grave peril with the loss of the liberal lion who had voted to uphold the law in previous challenges.

Trump nominee Judge Amy Coney Barrett, who in record time has already replaced Ginsburg on the bench, moved the court a notch further to the right — marking a total of six justices now appointed by Republican presidents and just three picked by Democrats.

Recent rulings from the court suggest some of the Republican-appointed members on the bench prefer to use a sharp edge when it comes to severability.

"We think it clear that Congress would prefer that we use a scalpel rather than a bulldozer," Chief Justice John Roberts wrote in a 5-4 decision from this latest term regarding a challenge to the Consumer Financial Protection Bureau.

In a different case, Justice Brett Kavanaugh seemed emphatic about his belief that the court should "salvage rather than destroy" a law that contains an unconstitutional piece.

Tim Jost, professor Washington and Lee University School of Law, said these earlier rulings give him hope that the ACA will be upheld.

"If they stick to that position, then there should be five votes to uphold the ACA whether or not Trump gets a confirmation," Jost, a supporter of the law, said.

But there are no sure bets. Barrett has been critical of the ACA, though she did acknowledge in the less than substantive hearings that, "The presumption is always in favor of severability." 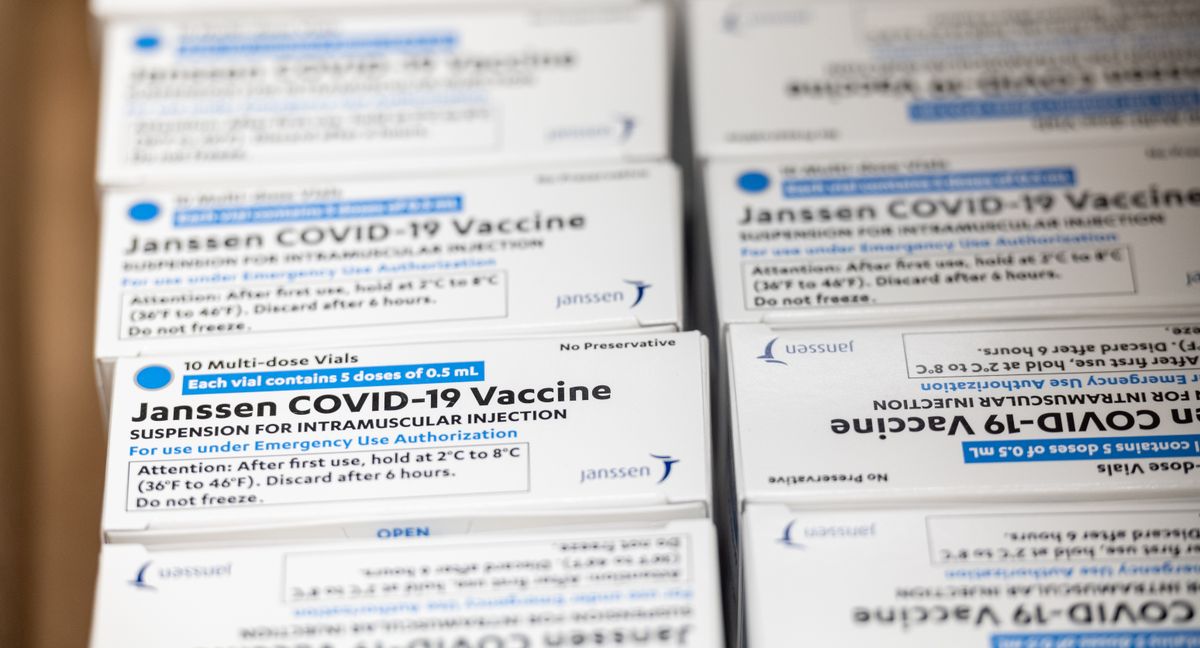 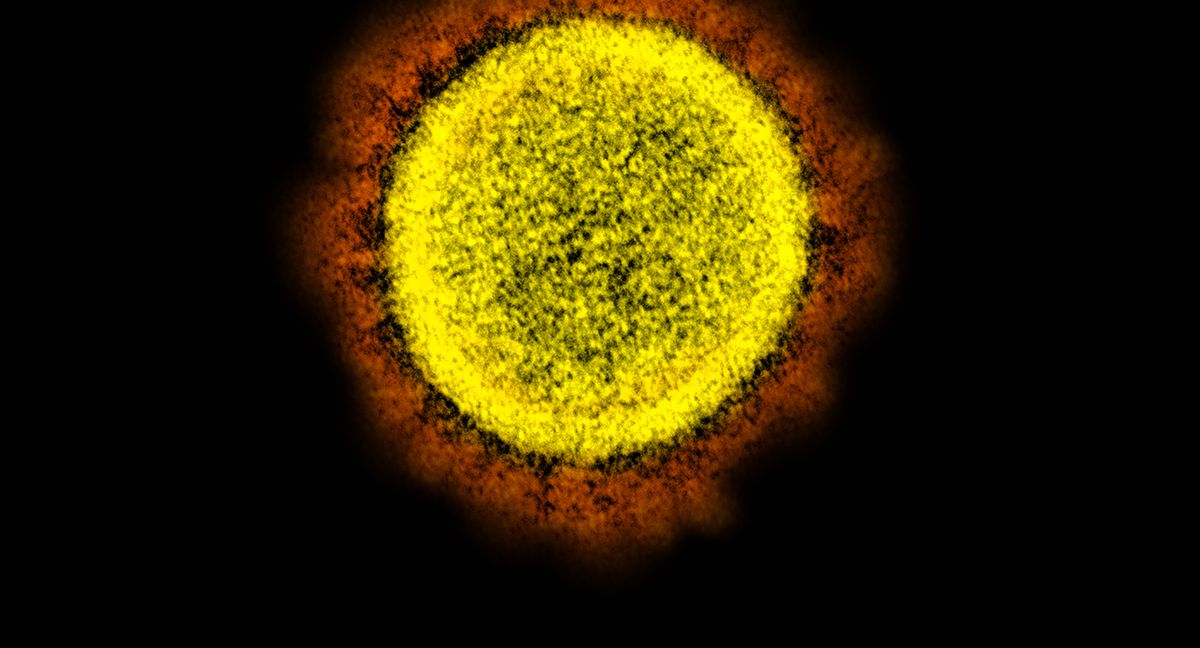 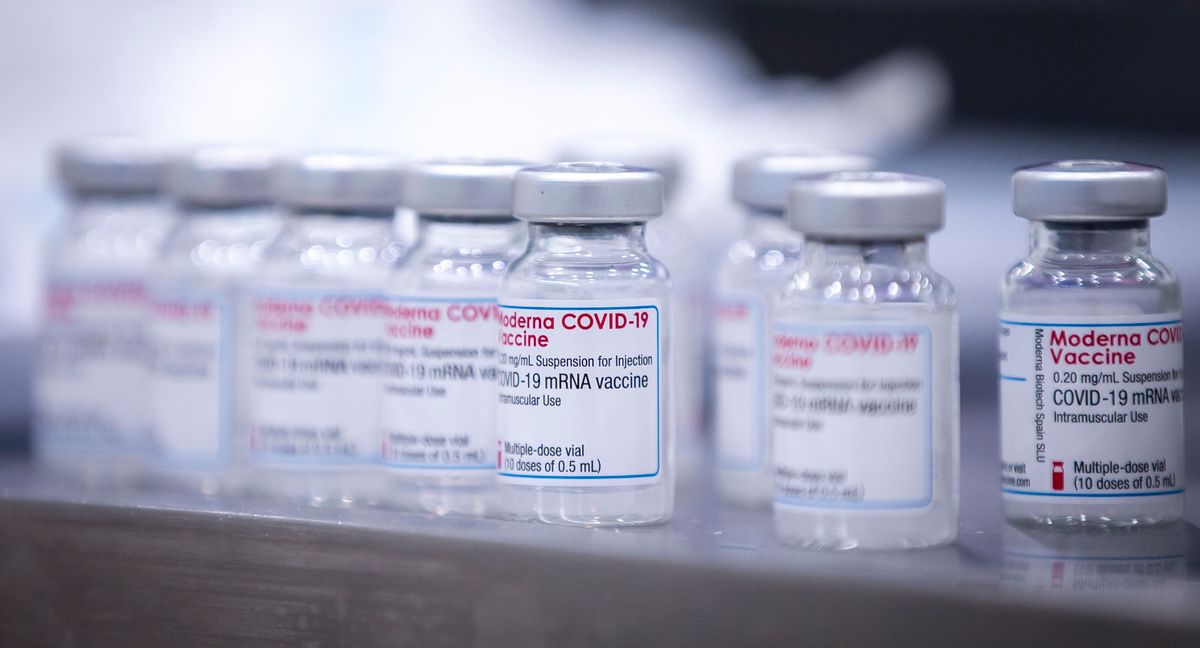 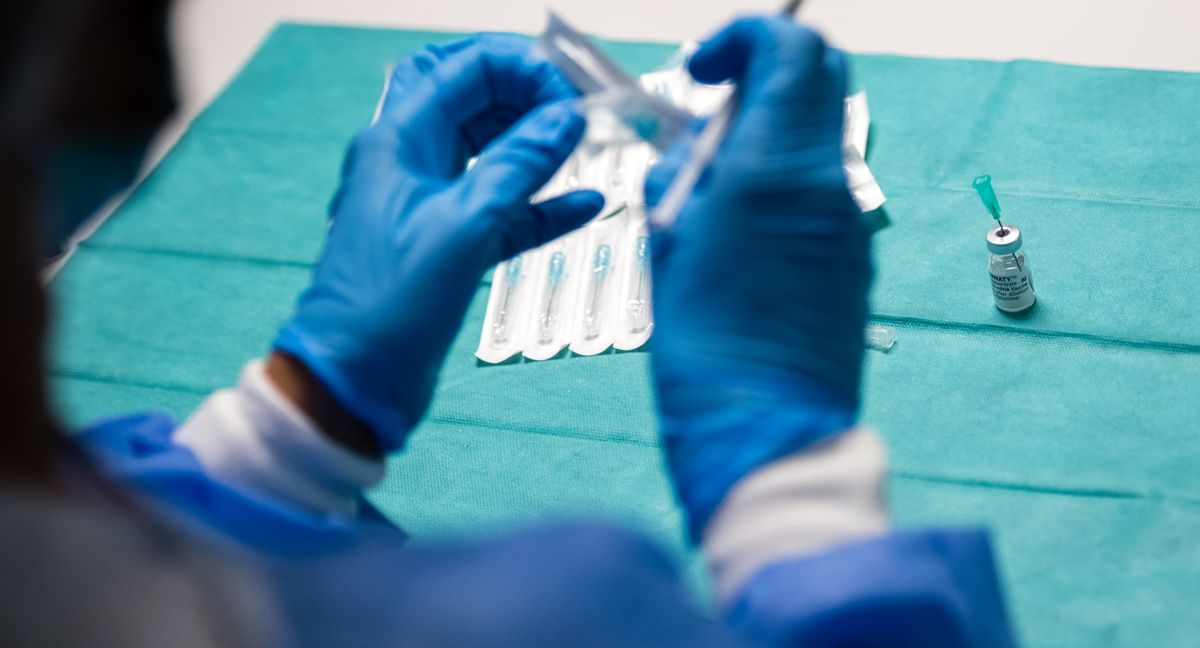 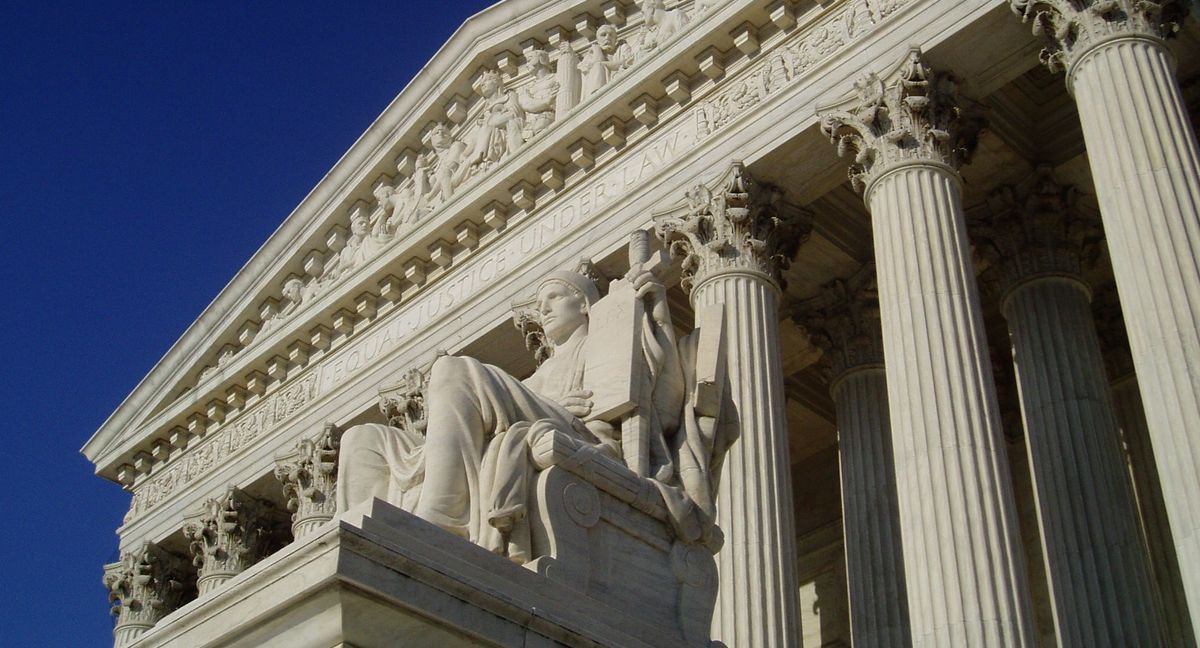 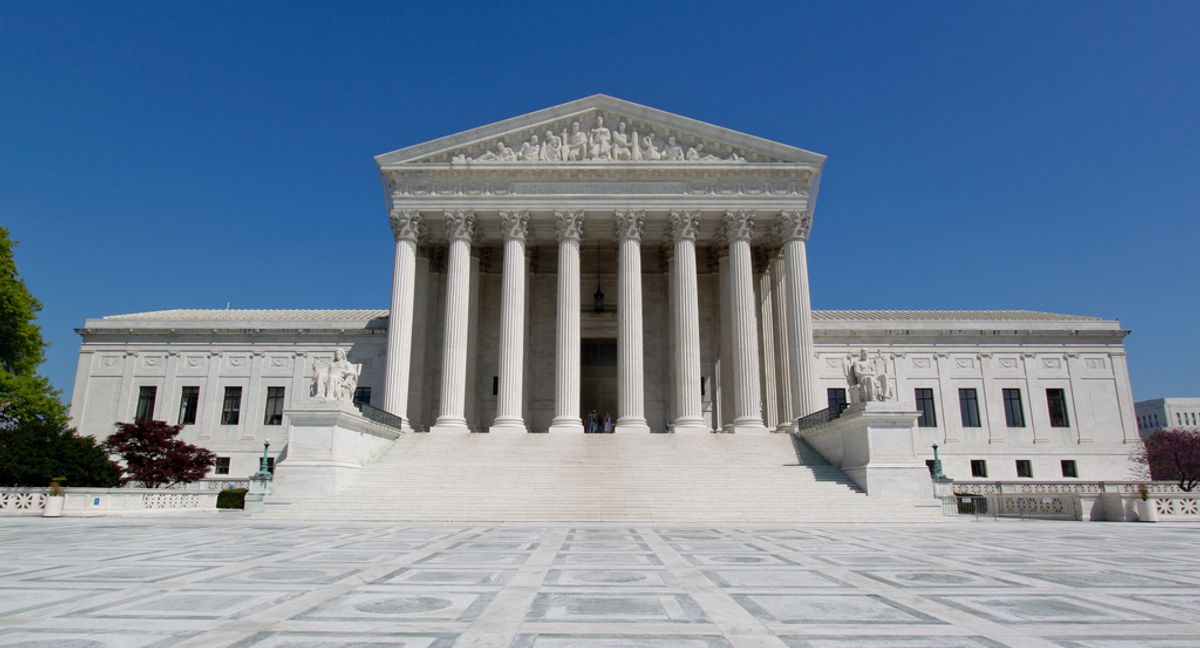 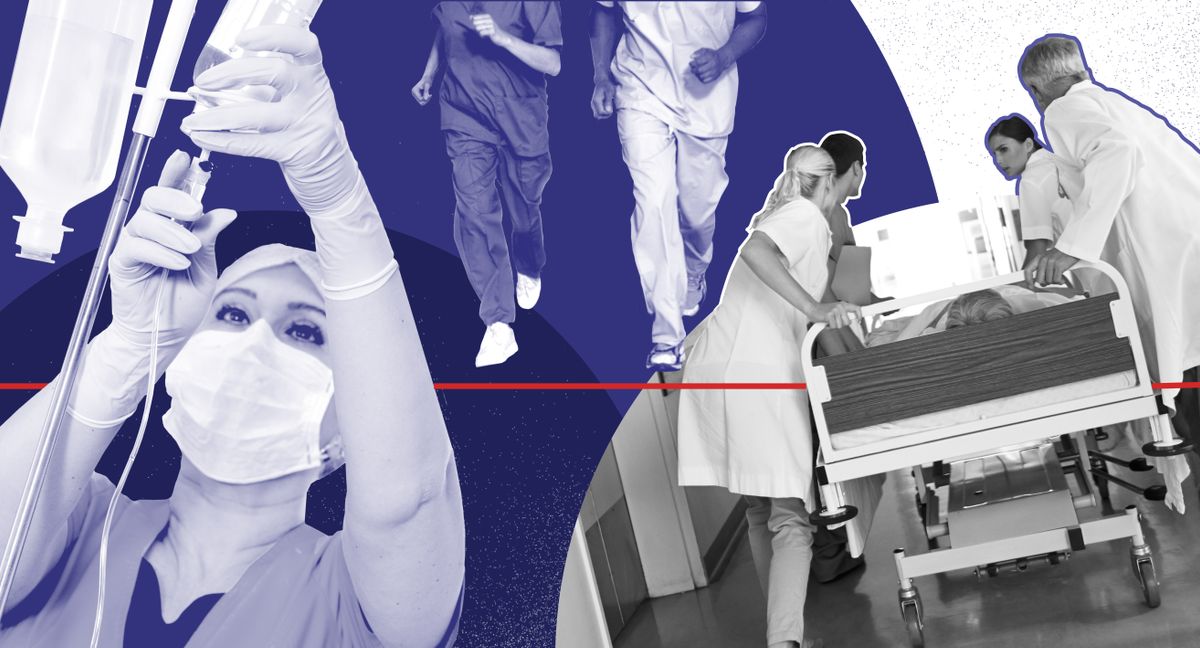