What to expect after whirlwind ACA ruling

UPDATE: December 18, 2018: California Attorney General Xavier Becerra​, backed by a coalition of AGs from 16 states and D.C., filed a motion on Monday requesting clarity on O'Connor's ruling and asked that the judge grant an immediate stay on the decision that requires all government entities to continue enforcing the law. If O'Connor will not grant a stay, Becerra writes, the defense has requested he certify Friday's opinion, "so that it may be appealed to the Fifth Circuit Court of Appeals immediately."

The ruling, which will almost certainly be appealed (likely up to the U.S. Supreme Court), would effectively wipe out Medicaid expansion, pre-existing condition protections and could affect a number of hospital payment reforms.

But the decision faces a lengthy appellate process, along with attacks from the left and right alike.

The ruling doesn't have much immediate impact, as it was a declaratory judgment and not an injunction to stop the ACA. The Trump administration confirmed Friday night that the law would stay in place during appeals.

Still, President Donald Trump himself celebrated on Twitter in the early hours of Monday morning.

The DEDUCTIBLE which comes with ObamaCare is so high that it is practically not even useable! Hurts families badly. We have a chance, working with the Democrats, to deliver great HealthCare! A confirming Supreme Court Decision will lead to GREAT HealthCare results for Americans!

Not all of the administration officials echoed the tone, however, as CMS Administrator Seema Verma tweeted a message of reassurance Friday night, confirming that the exchanges would stay open through Saturday as previously planned.

The recent federal court decision is still moving through the courts, and the exchanges are still open for business and we will continue with open enrollment. There is no impact to current coverage or coverage in a 2019 plan.

A day later, however, Verma returned to script, tweeting "Obamacare has been struck down by a highly respected judge."

Critics decried the timing of the ruling, which dropped on the penultimate day of an already-lagging open enrollment season for 2019. Kaiser Family Foundation put enrollment in the individual market at 17 million in 2016, 15.2 million in 2017 and 14.2 million as of Q1 2018.

Saturday dawned with potential confusion for tens of thousands of Americans looking to enroll at the last minute. The Justice Department had asked O'Connor to hold off on the ruling so that it didn't affect 2019 enrollment on Healthcare.gov until after enrollment ended Saturday.

He issued his decision one day before. But it's unclear what effect the ruling will have, if any, on 2019 insurance.

Republicans were in a bind with the timing as well, along with the mounting popularity of the ACA.

In 2018, as protections for pre-existing conditions took center stage in the midterms, Republicans changed tack and hedged their language around the ACA, promising to protect Americans' coverage despite dozens of attempts at repealing the entire law.

Which players will see the biggest impact?

The decision Friday evening sent ripples through Wall Street with major dips for hospitals and insurers. HCA stock dropped more than 5%, Cigna and Humana each fell 4%, Centene took a 7.5% hit and Molina dropped as much as 13%. Some stocks recovered later Monday morning.

Leerink analysts called Monday a buying opportunity for managed care organizations, along with WellCare and HCA.

While the law touches nearly every aspect of American healthcare, some players will take bigger hits than others.

Hospitals, especially those who serve a disproportionate number of ACA-insured patients, don't need the further stress on their bottom lines.

America's Essential Hospitals president and CEO Bruce Siegel called the ruling a "profoundly troubling development," adding that "the crushing rise in the number of uninsured patients likely to follow this decision, absent a higher court’s reversal, will push [hospitals] to the breaking point."

Health systems are "deeply disappointed" with O'Connor's decision, said Rick Pollack, CEO of the American Hospital Association. "The ruling puts health coverage at risk for tens of millions of Americans, including those with chronic and pre-existing conditions, while also making it more difficult for hospitals and health systems to provide access to high-quality care."

Multiple provider groups urged a stay on the decision until it moves through the appeals process.

Managed care organizations that have an outsized presence in the exchanges like Centene and Molina would be devastated if the ACA were repealed. Both are currently operating comfortably under the current law.

"In the unlikely event [the courts do not uphold the ACA], it is [Centene's] intent to file for a new product and allow current members to enroll without health underwriting and irrespective of pre-existing conditions," a statement read.

But O'Connor's ruling sets off another chain of uncertainty for payers and providers.

The removal of the ACA would "destabilize health insurance coverage by rolling back federal policy to 2009," warned American Medical Association president Barbara McAneny. "No one wants to go back to the days of 20 percent of the population uninsured and fewer patient protections, but this decision will move us in that direction."

Though the Blue Cross Blue Shield Association was "deeply disappointed" with Friday night's decision, BCBS beneficiaries "can be assured that their health coverage and the financial assistance they may receive to help them afford it remains in place despite this ruling."

The Washington Post also notes tech companies in healthcare like Uber and Lyft that don't supply their on-demand workforce will traditional health benefits will have a harder time recruiting people away from jobs that offer more holistic benefits without the exchanges to fall back on.

But the ruling shouldn't have any direct operational or earnings impact until a final decision is made by the Supreme Court by 2021 at the earliest, Jefferies noted.

What will higher courts do?

Legal scholars across the spectrum called the ruling unprecedented — especially because the ACA has already trembled in front of the Supreme Court in 2012 and survived.

Some conservatives challenged the legality of O'Connor's ruling. His decision referred to congressional intent in 2010 but not in 2017, when the tax law was updated.

"The logic of the ruling is as difficult to follow as it is to defend," wrote University of Michigan law professor Nicholas Bagley in the Washington Post. "It sets the stage for yet another round of high-stakes constitutional litigation over the future of health care in the United States."

A word on appellate procedure, prolonged agony, and why it may take some time to get the Texas case up to the Fifth Circuit.

Either way, California's attorney general, Democrat Xavier Becerra, is spearheading the appeal to the higher court. The case will probably end up in front of the U.S. Court of Appeals for the Fifth Circuit, known as one of the country's most conservative appellate courts.

Maryland isn't participating in the defense, as it has its own case seeking reaffirmation of the ACA in the works.

Some predict the case will eventually end up in front of the Supreme Court again. The nation's highest court has declined to end the ACA wholly before — with conservative Chief Justice John Roberts joining the liberal judges in the majority opinion.

Five of the judges who upheld it in 2012 are still on the bench. Still, the court has gotten more conservative since then with the appointments of right-leaning Neil Gorsuch and Brett Kavanaugh in 2017 and 2018, respectively.

Many analysts and observers predicted the ruling would not stand on appeal. Even The Wall Street Journal's editorial page took that view.

They also plan to hold hearings to highlight their backing for the law. Public support has been turning in the law's direction in recent years.

After a brief hiatus, the polarizing law that Republicans failed to repeal in multiple efforts will take center stage again.

"We believe Texas v. Azar will reignite healthcare debates in Congress as Democrats exercise their oversight powers and force a vote to intervene in the case while Republicans attempt to reconcile their support for O'Connor's decision with their need for certain ACA provisions to execute on healthcare promises and drug pricing reform," Height analysts wrote in a note Monday. "The issue is sure to remain front and center going into the 2020 presidential election cycle, and we expect Democrats to continue the healthcare messaging that they believe helped secure a midterm win in the House."

That messaging has already begun. Senate Minority Leader Chuck Schumer took to NBC's Meet the Press on Sunday to announce he would push for a vote urging for an intervention in the case, saying he would fight ACA repeal "tooth and nail."

Across the aisle, Chuck Grassley, R-Iowa, who was the ranking member of the Senate Finance Committee during the battle over the ACA  in 2009, called for healthcare reform in a string of tweets.

Iowans who rely on coverage from Ocare shldn’t worry abt losing their insurance while the courts settle issue but in meantime congress shld figure out better way 2insure Americans at lower cost +better quality.Ocare is fatally flawed Finance cmte will hold hrgs on ACA nxt Cong 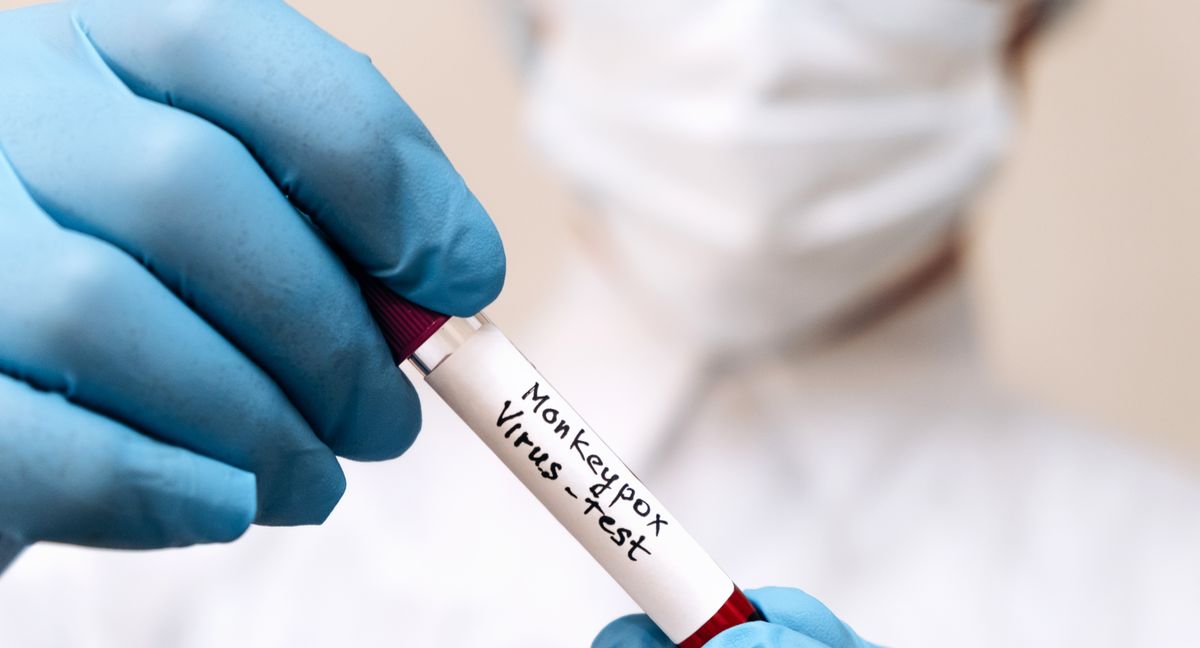 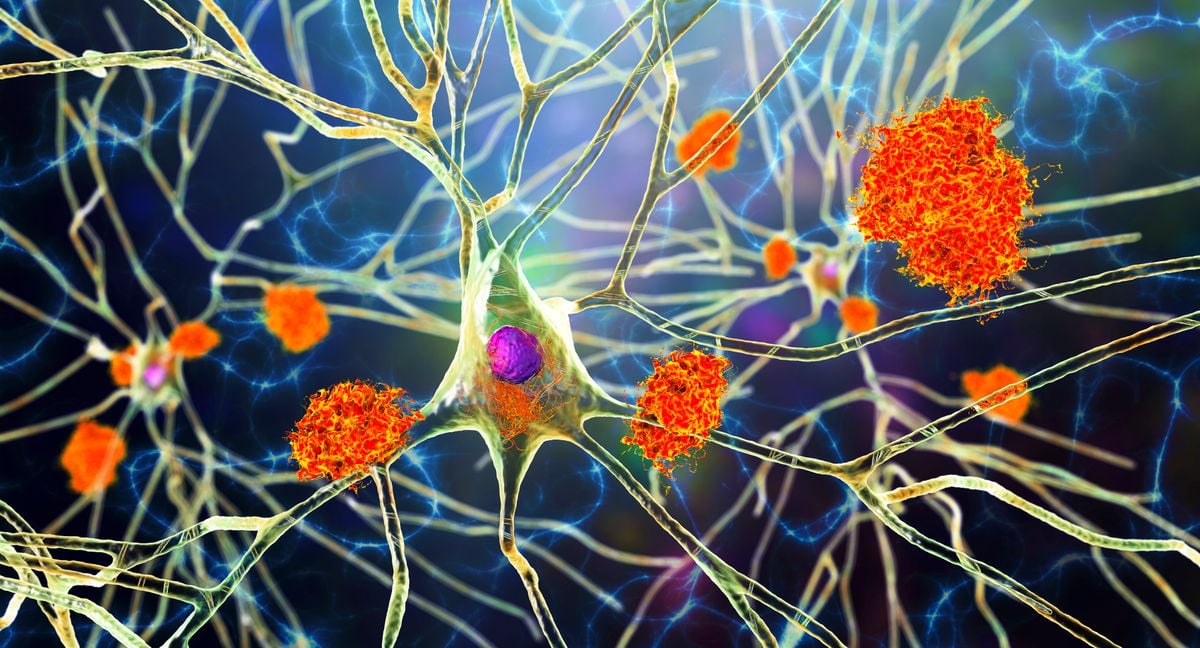