With little data to go on, experts question how useful new Alzheimer’s drug will be

A large study of the drug, called lecanemab, hit its main goal, but doctors and researchers point out the effects appear relatively modest.

This audio is auto-generated. Please let us know if you have feedback.

Experts are torn about how meaningful an experimental, closely watched drug for Alzheimer’s disease could end up being for patients, now that its developers have released highly anticipated results from a large clinical trial.

The trial, which enrolled almost 1,800 participants with early Alzheimer’s, found those on the drug declined significantly slower than those given a placebo, as measured by a scoring system that evaluates cognition and function. Both groups still declined across the 18-month study period, but scores in the drug arm dropped almost a half a point less compared to the placebo arm, reflecting a 27% slower trajectory.

Those results meant the drug, called lecanemab, met the study’s main goal — the first clear success for a medicine of its type in a late-stage trial. Analysts expect the positive outcome to support Eisai, the Japan-based pharmaceutical company behind lecanemab, as it works to bring the drug to market. Eisai is co-developing lecanemab with Biogen, and earlier this year officially submitted an approval application to the Food and Drug Administration based on earlier study data.

“Today’s announcement gives patients and their families hope that lecanemab, if approved, can potentially slow the progression of Alzheimer’s disease, and provide a clinically meaningful impact on cognition and function,” Biogen’s CEO Michel Vounatsos said in a statement Tuesday.

Yet, with little data available, doctors and researchers aren’t entirely sure what to make of lecanemab. Some say they’re concerned the drug may not work for large segments of the Alzheimer’s population, or that, when it does, the overall effects might be so modest that patients don’t notice them.

“It's doing better than the placebo, but not much better,” said Constantine Lyketsos, director of the Memory and Alzheimer's Treatment Center at Johns Hopkins Medicine, who has consulted for Eisai and other drug companies. “I would like to see more like a two-point or a three-point difference being produced by the drug [on that scale], because that's really getting us closer to meaningful change.”

What a meaningful change looks like can also depend on how much a patient’s disease has already progressed. Earlier on, small changes in the 18-point symptom scale used in the trial can indicate more noticeable declines in function, such as chores becoming harder to complete or new difficulty in finding one’s way. Later, when the disease has taken stronger root, a half point change may be less impactful.

So far, lecanemab looks only slightly more effective than another, already marketed Alzheimer’s treatment from Biogen and Eisai. Use of that drug, Aduhelm, has been severely restricted, with many insurance companies balking at its price and questioning the conflicting data that supported its controversial approval in June 2021.

Still, to some experts, the results released Tuesday represent a rare victory in a field marred by setbacks.

Robert Vassar, a professor of neurology and cell and developmental biology at Northwestern University, said lecanemab is “not going to be the be-all, end-all silver bullet, but it is going to be one of many tools that the physician will use in the future to treat Alzheimer's.” And Thomas Wisniewski, director of the Alzheimer's Disease Research Center at NYU Langone, argued that there are “significant differences in the quality of the data in the Aduhelm story” versus lecanemab.

“This seems to be much cleaner,” Wisniewski said. “All the data is pointing in a similar direction, so there aren’t inherent contradictions as far as we can judge.”

Like Aduhelm, lecanemab is an antibody-based therapy designed to break up aggregates of amyloid beta, a protein that’s been at the center of Alzheimer’s research for decades. Almost all amyloid-targeting drugs have failed key studies, which has stirred debate about whether time and resources would be better spent testing other hypotheses.

The positive data for lecanemab are important new evidence in support of this “amyloid hypothesis,” but debate over the protein’s role and significance isn’t likely to end.

"There is probably going to be a maximum effect of these types of drugs in the brain," said Eliezer Masliah, director of the National Institute of Aging's neuroscience division. "Trying to determine the clinical meaningfulness of that is going to be the work ahead."

Howard Fillit, co-founder of the Alzheimer’s Drug Discovery Foundation, a nonprofit research funding organization, said in a statement that while the results Eisai reported are encouraging, he believes “amyloid-clearing drugs will provide an incremental benefit at best and there is still a pressing need for the next generation of drugs focused on other targets."

Vassar, on the other hand, said he thinks the new lecanemab data are exciting and help to confirm the amyloid hypothesis. Vassar has consulted for Eisai.

Wisniewski, too, said he found the new results exciting, even if “not overwhelmingly clinically meaningful.”

“There seems to be a clear cognitive benefit,” he said, “and it could well be that the FDA will approve it next year.”

Eisai and Biogen expect a decision from the FDA by early January on accelerated approval, and plan to use the Phase 3 data to ask for full clearance.

Alongside its effectiveness, the FDA will also be assessing lecanemab’s safety. In the large clinical trial, researchers found more abnormalities in brain scans from the drug arm than its placebo counterpart. Eisai reported that 12.5% of lecanemab-treated patients experienced brain swelling and 17% experienced micro-scale brain bleeds, although the company said only a small fraction of these cases were symptomatic.

Those symptoms and their severity will be of interest as more data becomes available, according to Wisniewski. “It is clear that this antibody therapy, like others, requires very close monitoring of patients.”

For Lyketsos, a key sticking point will be how translatable the new findings are to the broader Alzheimer’s community.

Eisai did make an effort to enroll a more diverse group of trial volunteers. Twenty-five percent of U.S. participants were Hispanic or African American, Eisai said, far higher than has been typical in previous Alzheimer’s drug studies. However, its study also enrolled participants who were relatively younger and healthier than the average Alzheimer’s patient, and whose disease was in the earlier stages.

“Many of these variables that are different, especially comorbidities and age, they really matter to the outcome,” Lyketsos said.

“I don't know that I can argue that” my patients should definitely go on lecanemab, he added. “I'll probably say, ‘We’ll try it, see how it goes for you. But recognize there are a lot of unknowns, and it's going to be hard for you to know that you're actually benefiting.’” 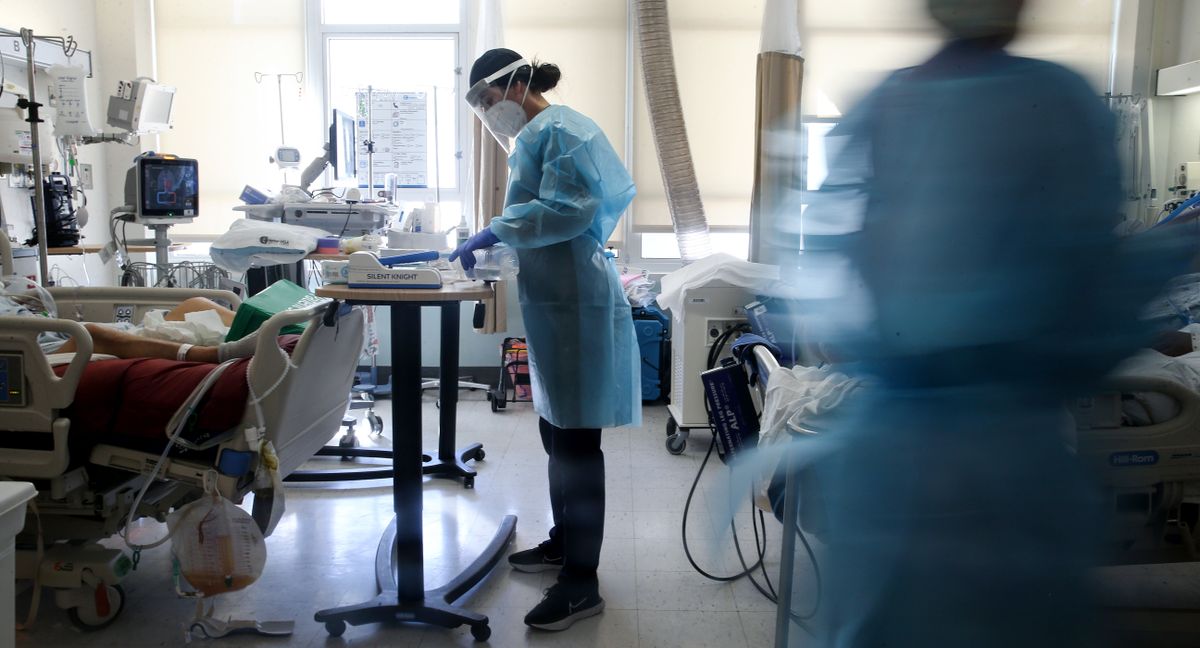 View all | Post a press release
ZignaAI Launches RightPx Price Transparency Payer Solution
From Zigna AI Corp
Stryker opens the OR of the Future for customers to experience tomorrow’s OR today
From Stryker
YAI Partners With DailyPay to Provide its Employees With a Critical Financial Wellness Benefit…
From DailyPay
CloudWave Expands Its Healthcare Cybersecurity Portfolio with the Acquisition of Sensato Cyber…
From CloudWave
Editors' picks
Latest in Hospitals
Industry Dive is an Informa business
© 2022 Industry Dive. All rights reserved. | View our other publications | Privacy policy | Terms of use | Take down policy.
Cookie Preferences / Do Not Sell