What's holding up hospital at home?

Widespread adoption of acute-level care at home models has been hampered by physician reluctance and patchwork reimbursement.

Buzz around hospital-at-home programs, which allow patients to receive acute-level care at home while shaving down costs, was snowballing even before the pandemic drove unprecedented use of virtual care and remote monitoring tools.

But widespread adoption of such models has been hamstrung by physician uncertainty and patchwork reimbursement policies. And a government waiver that threw open the doors to providing hospital care at home during the pandemic is set to expire when the public health emergency does, sparking concerns among hospital-at-home proponents that much of the progress made in the arena during COVID-19 could quickly roll back.

"Most healthcare organizations say moving care to the home is a strategic priority," Chris McCann, CEO of care-at-home tech platform Current Health, told Healthcare Dive on the sidelines of the HIMSS annual conference on Wednesday. "Fewer have done that."

Hospital at home has seen progress in some areas, including in investment and interest from major hospital systems like Kaiser Permanente and Mayo Clinic. But uptake is slow, as some patients and providers are reluctant to participate. Change management is a major roadblock to wider adoption, experts said at HIMSS.

Hospital staff are particularly concerned as to whether they can deliver the same quality of care in a patient's home as in the hospital. That makes them unwilling to refer patients into hospital-at-home programs, even if doctors and nurses support the concept in principle. Additionally, some providers are worried about added legal risk stemming from malpractice accusations, in the event of an adverse clinical event in the home.

In one example, HCA Healthcare — one of the largest operators — was running an at-home care program for patients with COVID-19, but found few providers were willing to discharge them.

"Our providers didn't feel comfortable sending them home," HCA chief nursing informatics officer Sherri Hess said Monday. Hess noted it cost more to keep patients in the hospital, while their vitals could easily be monitored in the comfort of the home. "Was that really the right thing to do?"

It's difficult for clinicians to adapt to treating patients at home, as opposed to in the hospital, according to Nathan Starr, lead telehospitalist for Intermountain Health.

That's "one of the hardest things for clinicians" — that loss of control, Starr said Tuesday. "Frankly, we've had some physicians who have really struggled with that."

There's no quick fix to this problem. Hospital workers need to become comfortable with using telemedical resources, and trust the patient and their family to be honest about symptoms and adhere to the care plan, Starr said.

When telehealth blew onto the scene in force early 2020, some industry watchers were concerned virtual care would contribute to higher healthcare costs, by becoming an additional patient visit in lieu of a replacement for an in-office encounter. Those concerns have also dogged hospital-at-home programs, despite evidence that well-monitored treatment at home can be less expensive and just as or more effective than traditional hospital care.

The model can save 30% or more per admission, while delivering fewer complications than in-hospital care, according to one pilot.

Current, which was recently acquired by Best Buy as part of the retailer's growing focus on in-home care, has a presence in the United Kingdom, which is farther along than the U.S. in terms of hospital-at-home adoption. The company's UK business has saved 6,500 bed days across 1,000 patients, with roughly 99% patient satisfaction, McCann said.

"Where we want to get to with hospital at home is we're actually replacing the entire inpatient stay," and running the entire episode of care at home, said Starr from Intermountain, which has been an early adopter of at-home care models. "Otherwise we're really just adding medical expense."

The comfort of home

And participating patients love the service, speakers said at HIMSS.

"Patients love it. We've nearly universally seen that. They want to be at home," Starr said.

Studies have shown that, for many patients, foreign surroundings increase their stress levels, while their own environment makes them more comfortable. That contributes to healing, said Sriram Bharadwaj, VP of digital innovation at regional Catholic system Franciscan Alliance.

And the benefits of hospital at home are especially promising for underserved populations, including low-income and rural patients. Populations that struggle with access often engage more with healthcare at home than in the hospital, McCann said.

And though, historically, hospital-at-home models have been slowed by a lack of payer acceptance, many health insurers are getting on board. Some, like Humana, are even offering their own at-home models, enticed by the opportunity to cut costs without sacrificing care.

But "it’s not just Humana who's doing this. All of the payers are entering this market and are continuing to expand their presence here as well," Tina Burbine, VP of care innovation at Healthlink Advisors, said Wednesday.

Fingers crossed on the CMS waiver

Before the pandemic, the CMS (along with most private payers) didn't pay for hospital-level care delivered in the home, and access was severely restricted, hampering implementation to just a handful of providers. However, the government opened up a waiver to hospitals during the COVID-19 public health emergency, allowing them to provide home care to patients that would otherwise qualify for an inpatient stay.

The temporary flexibility threw open the doors for providers. In its first year alone, 190 hospitals signed onto the waiver.

However, the waiver will expire when the COVID-19 public health emergency does. That's currently scheduled to run out in April, though policy experts expect HHS to extend it another 90 days. There's also a bill in the Senate that would extend the waiver for another two years.

If the waiver runs out, that will be "very damaging to the progress we've made," McCann said.

However, there are other reimbursement options. Intermountain, for one, decided not to pursue the waiver, and operates its hospital-at-home program as part of its value-based packet for its at-risk patients, Starr said.

Though Starr supports the waiver and wants it to be made permanent, the executive noted there are equity challenges with providing hospital at home nationally. It's easy to provide acute-level care in wealthy, urban areas, where the distance between the patient and hospital is small in event of emergency, and the hospital has access to the often pricey medical devices needed to monitor an entire population at home.

"What do you do with a smaller community hospital that covers an entire county? How do we offer programs for patients with wide geographic spreads, with much wider socioeconomic spreads? That’s where one model is really hard to shoehorn into all these different situations," Starr said.

Other IT experts agree that hospital at home, though promising, isn't ready for broader adoption in the U.S. Many populations that could benefit the most don't have the broadband access required to host a slew of monitoring devices and hold virtual check-in visits with their care team.

Before that can happen, "seamless connectivity is needed between virtual and home," Aashima Gupta, director of Global Healthcare at Google Cloud, said on a Tuesday panel on tech-enabled aging.

Proponents are also worried hospitals will allocate fewer resources to such programs as COVID-19 cases wane in the U.S., and more lucrative inpatient care potentially picks back up. However, that concern is yet to be reflected in the market, as the shift away from acute settings and toward outpatient, community and home settings is expected to gain momentum, according to a recent Moody's report.

"The thing is that Covid kind of evaporated the focus on financial model... we're now seeing that pop back up, as Covid has trailed off," Current Health's McCann said. "That’s probably still the area that most holds back the space." 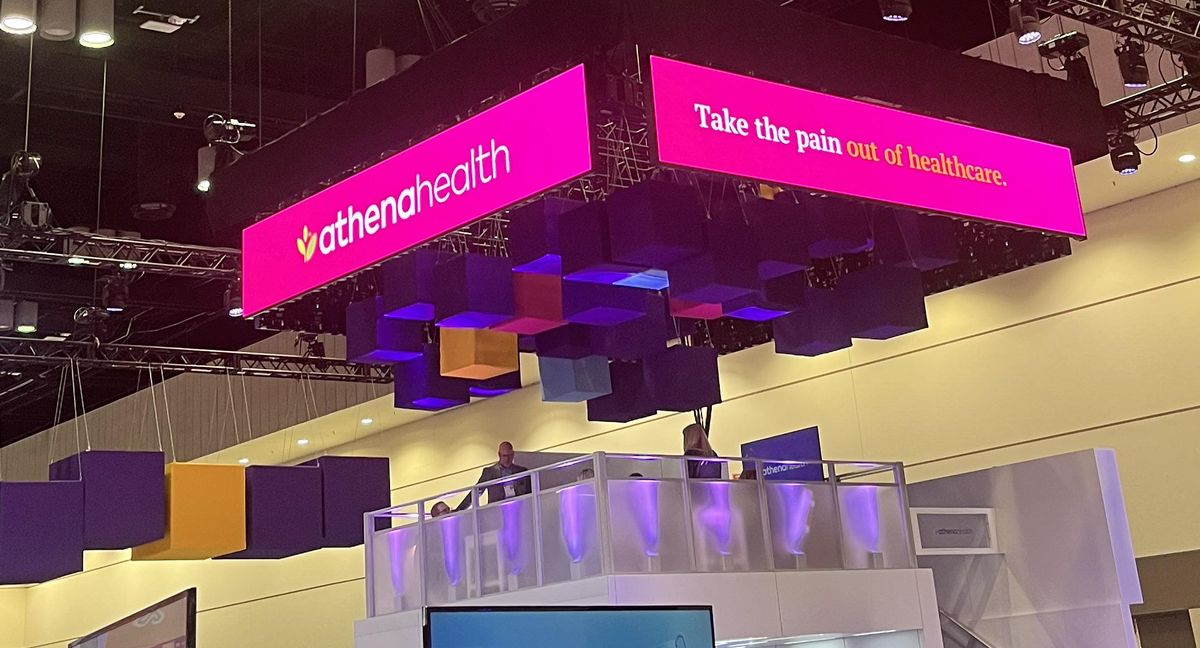 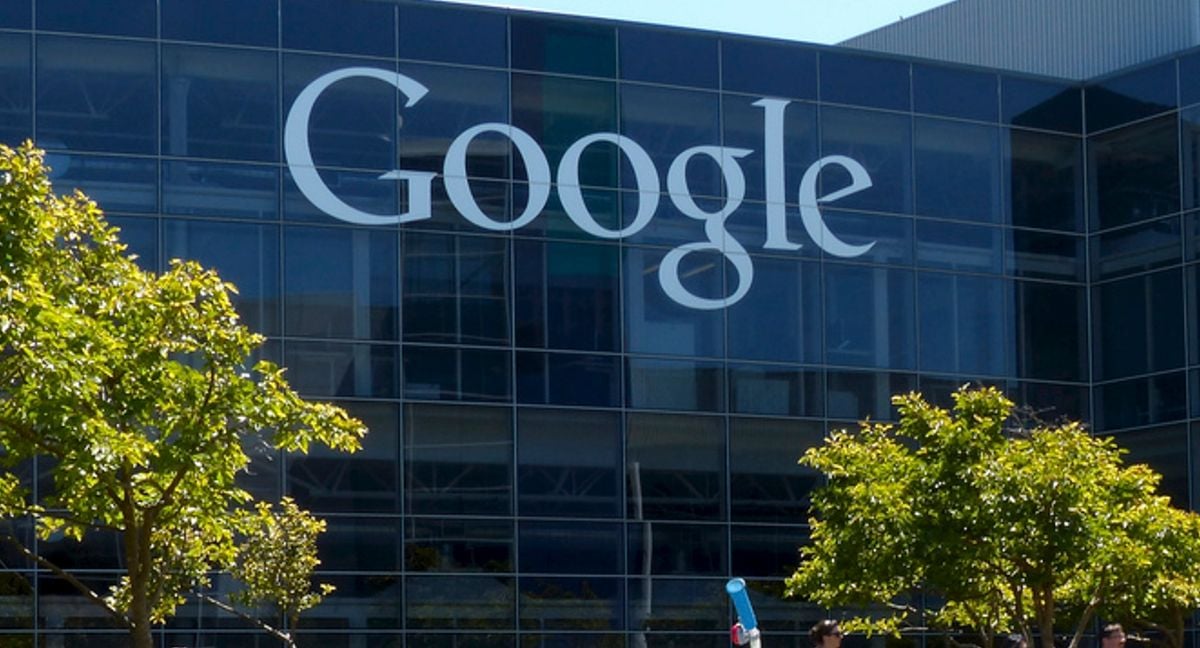 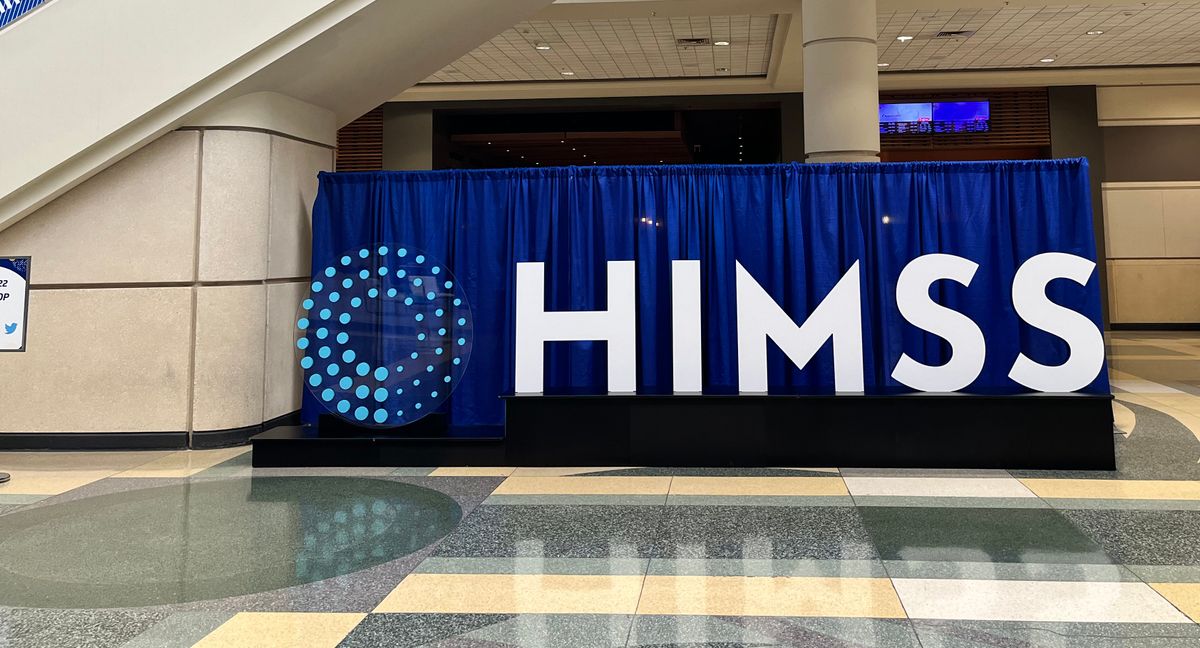 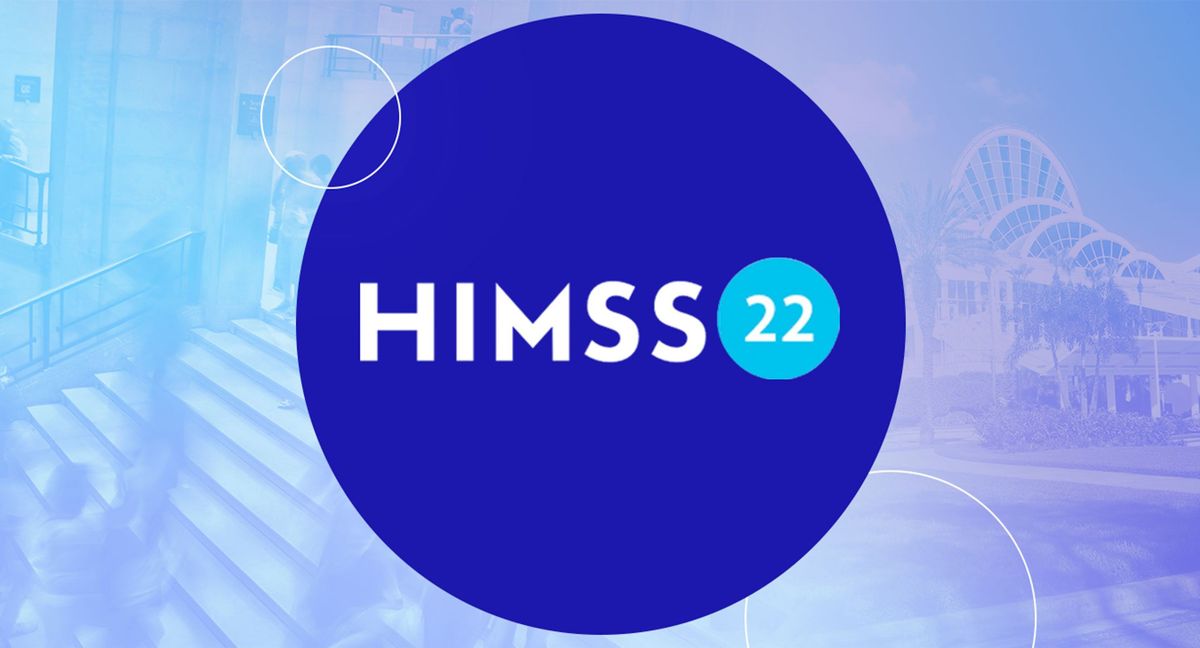 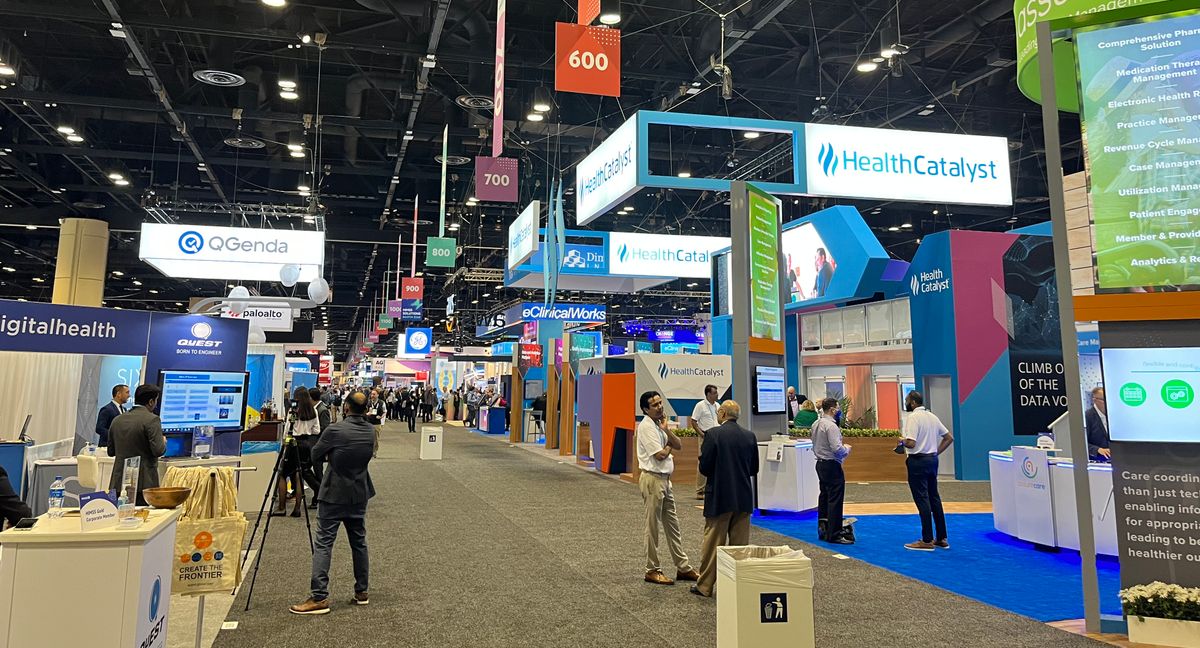 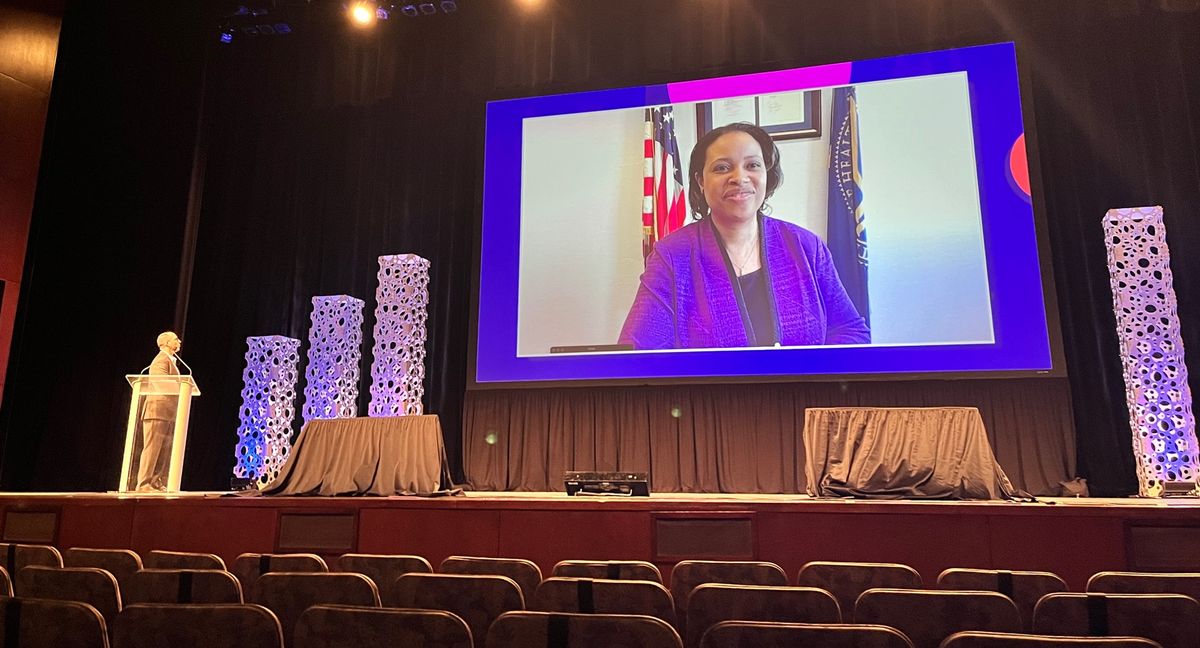 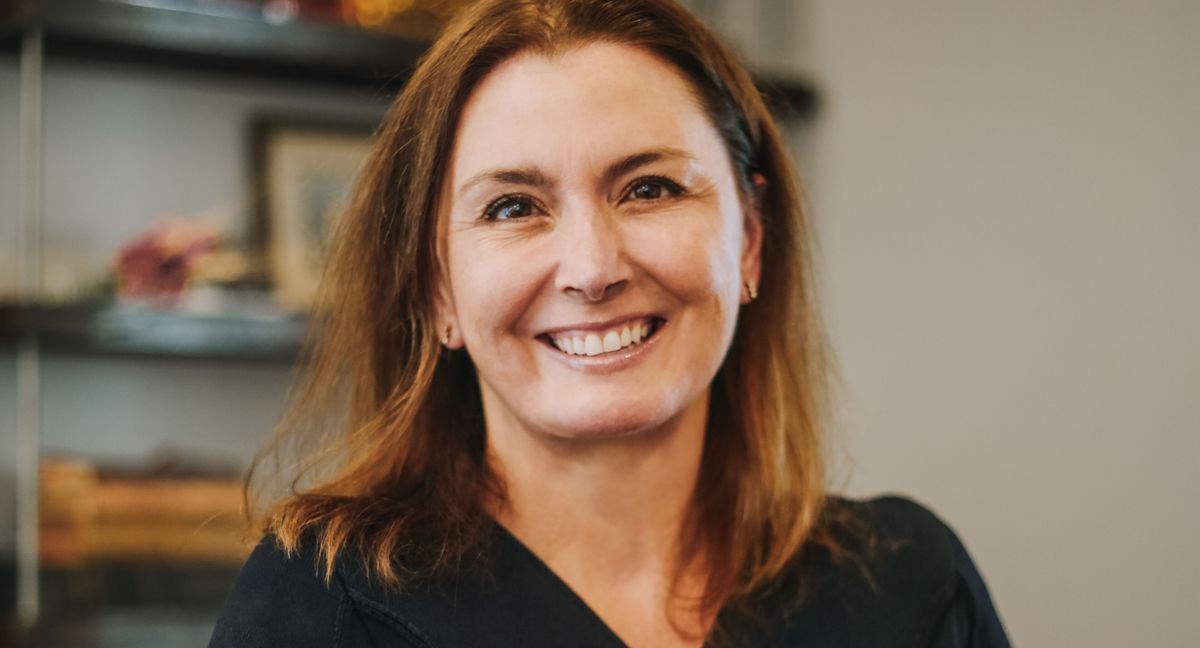 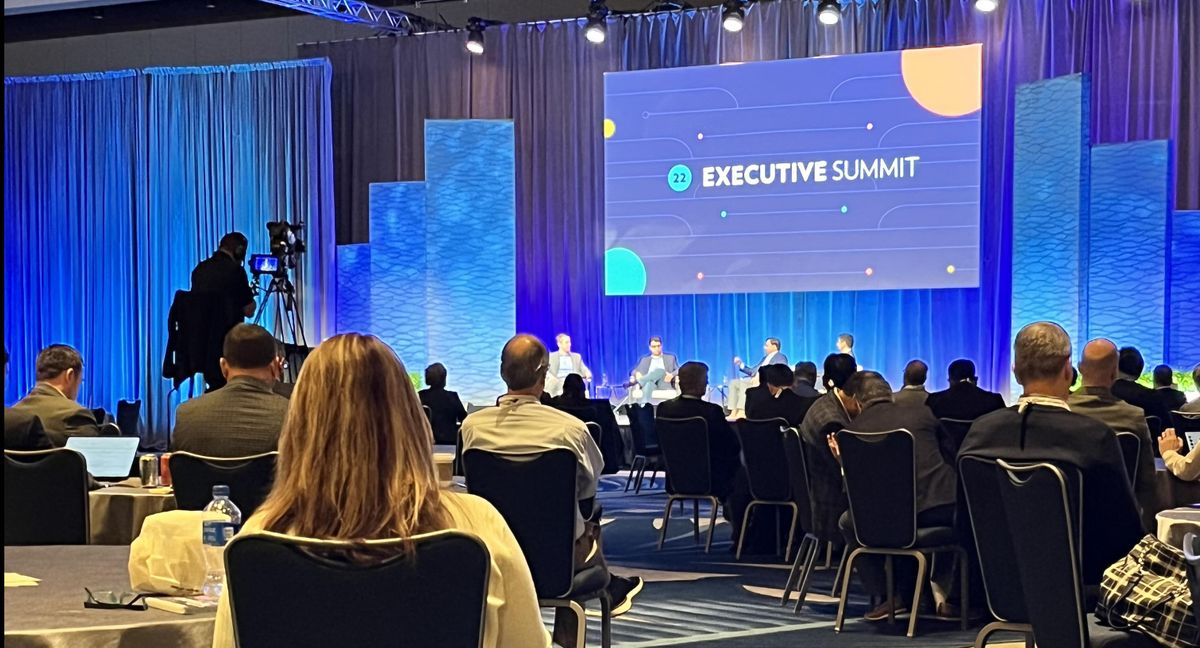 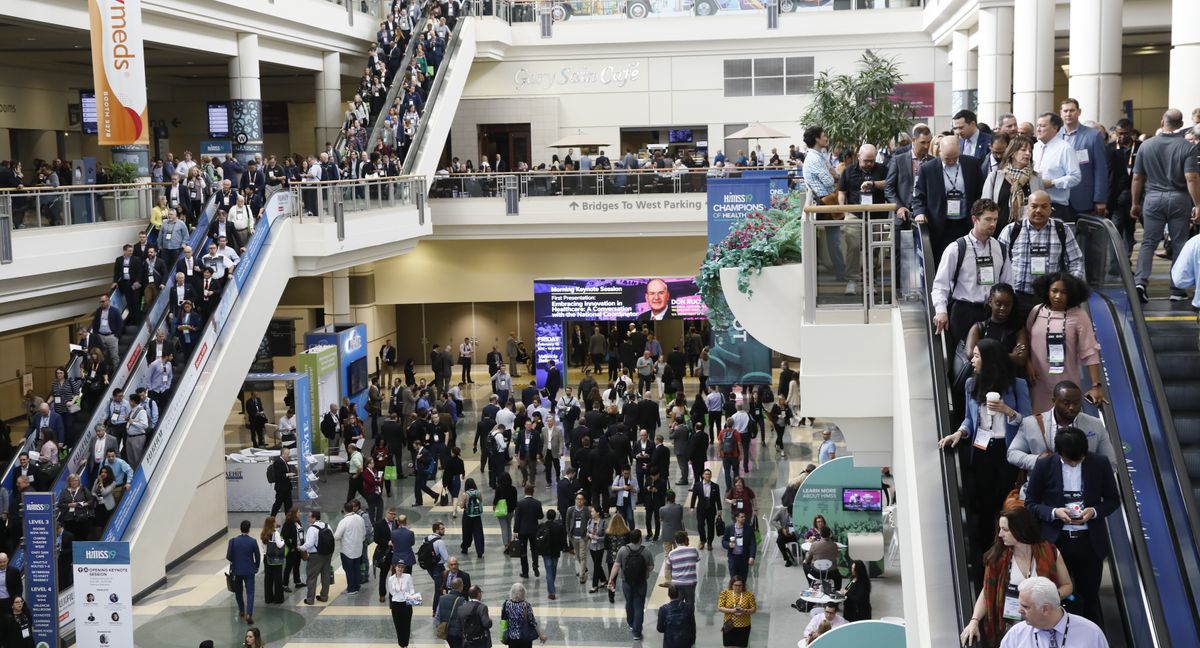